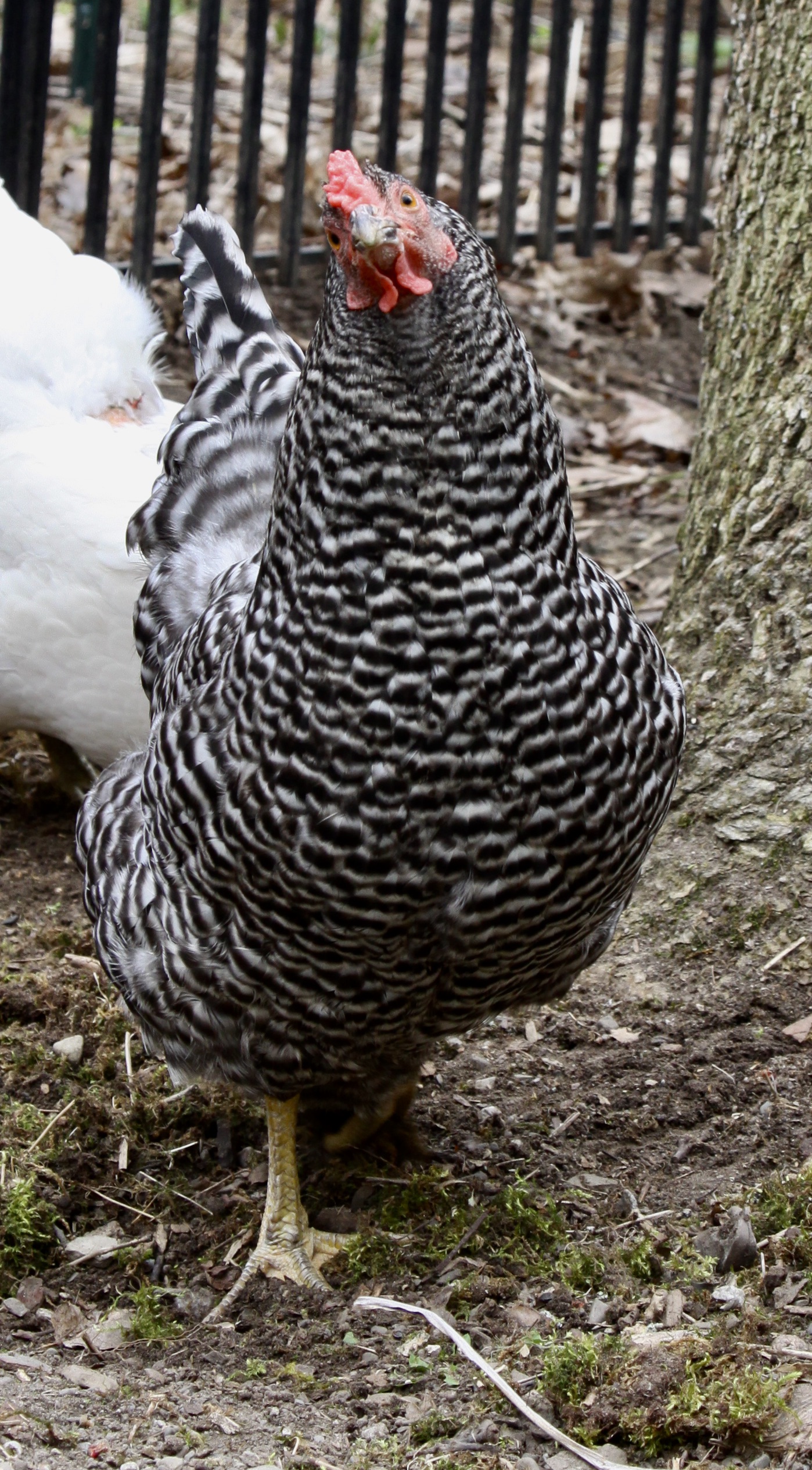 Breed: Dominique
Also know as Dominicker or Pilgrim fowl, is a breed of chicken originating during the colonial period. It is considered Americas oldest breed of chicken probably decending from chickens brought to New England from southern England during colonial times.
They have a rose comb instead of the Barred Rock’s single comb.

If you'd like to adopt or foster an animal, please complete the form below and submit. We'll be in touch shortly.